Jock Lockie went to the second world war with Martin Joyce (Margaret Barnett's father), both joining on 15th Aug 1941 and both serving in the 71st Anti Tank Regiment.

Jock was in D troop 279 Battery 71st Anti Tank Regiment, 53rd Welsh Division, and Martin was in E troop of the same Regiment. Jock was two years older than Martin and when returning after embarkation leave Martin's wife Ina asked Jock to look after Martin. His final words to Ina were "I dont think I will be able to". 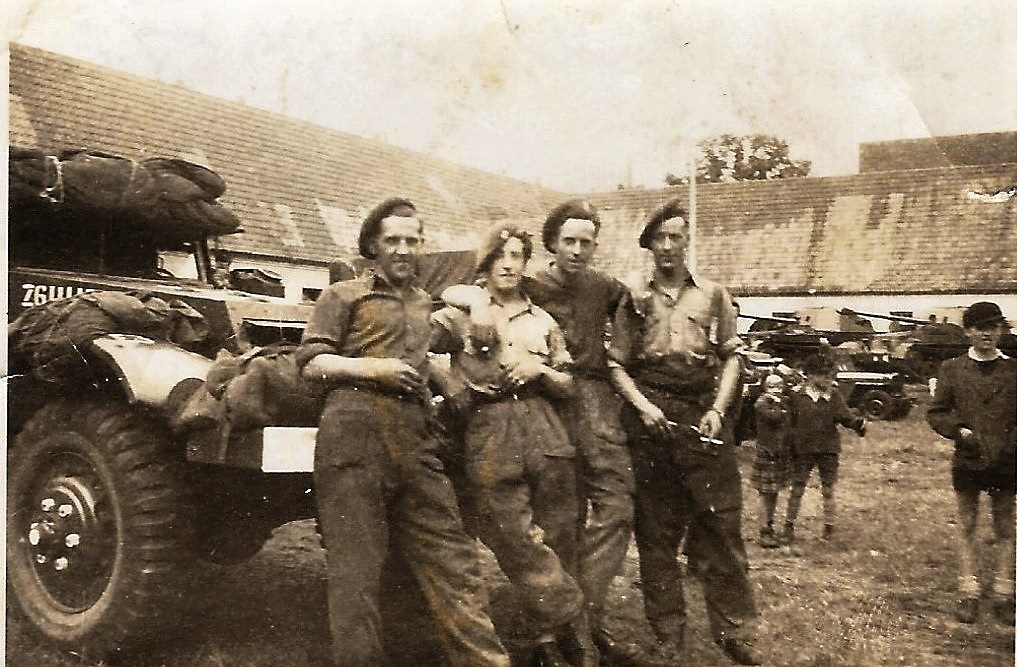 The photo on the left is of Jock and Martin leaning against a lightly armoured vehicle with other members of the regiment. The photo is labelled on the rear with the names (left to right): Jock, Fred, Martin and Jiffy 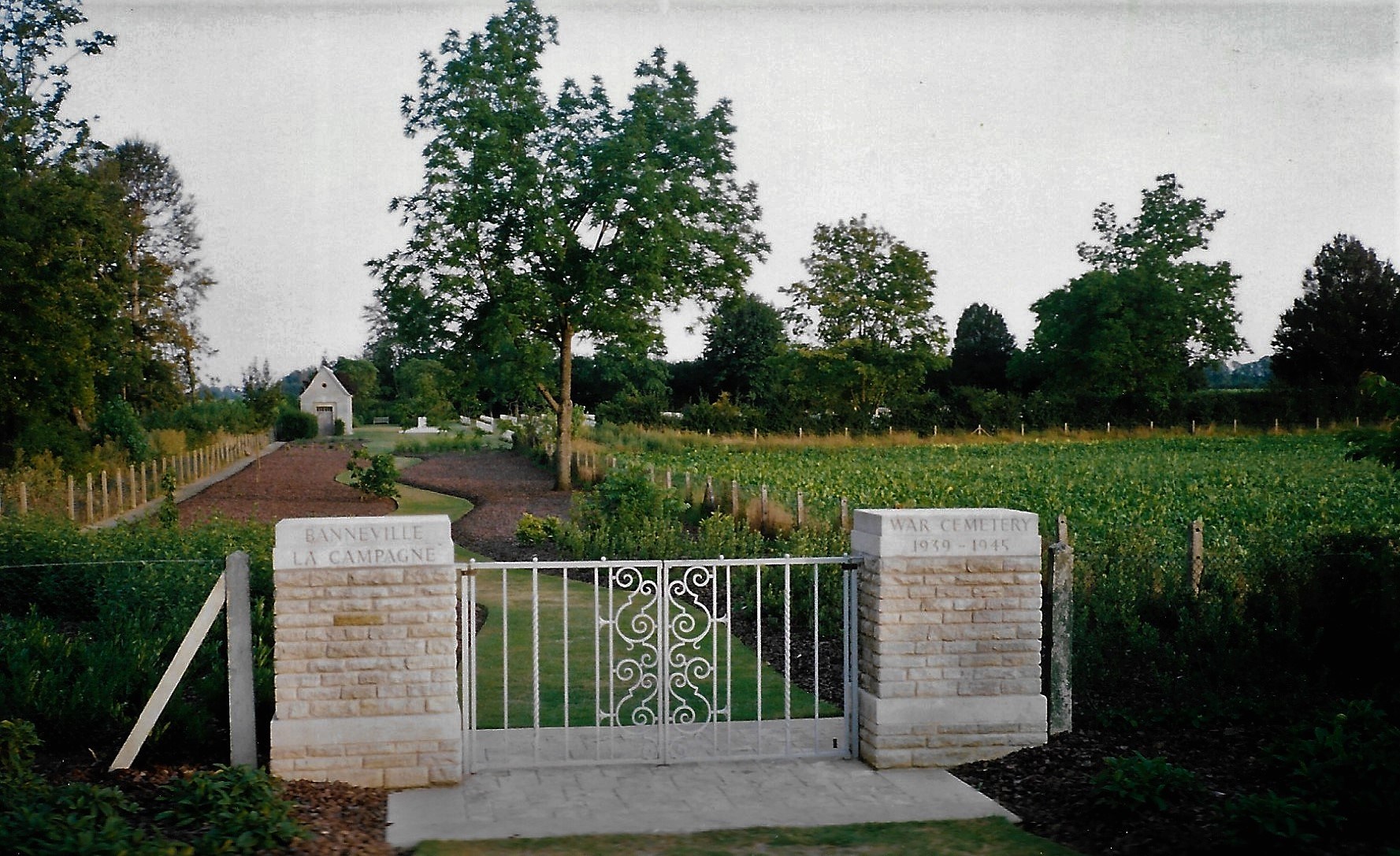 On 15 August 1944 near Montigny in Normandy, D Troop moved at 0645 to Le Rabature near Bois Halbout South East of Caen. Jock and a colleague James Lumley were sat in an orchard taking a break when a mortar shell landed between them and they were both mortally wounded.

Jock's death age 28 on 15 August 1944 was recorded as Killed In Action and his grave is in the Banneville-La-Campagne War Cemetery 11 km east of Caen, Normandy. The 71st regiment had higher than normal casualties for the Royal Artillery as they were used as close support for the infantry regiments in the division. Martin Joyce survived the war but remarked that, after the first month in France he could not see how he could survive to the end of the war. 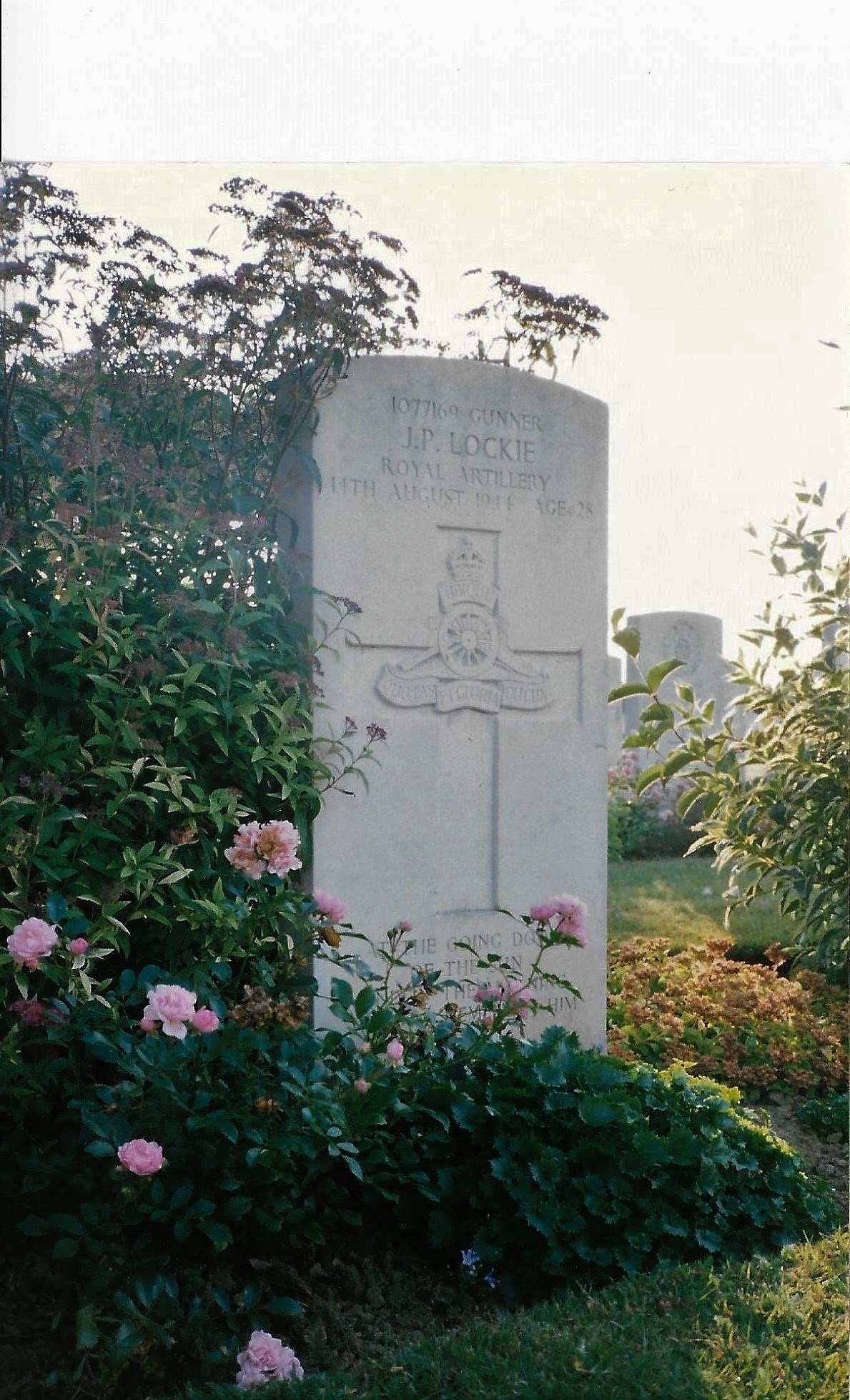 Jock's grave, like all those in the cemetery, is looked after by the Commonwealth War Graves Commission.

Return to top of page
URL of this page: http://www.melocki.org.uk/personal/JockLockie.html

Copyright notice:
All pages at http://www.melocki.org.uk
are Copyright Mel Lockie 2021.
All rights reserved.
For a detailed copyright policy see: Conditions of Use.